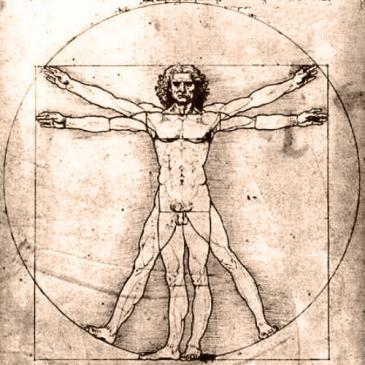 As some of you may know, I define Humanism as encompassing “all that it means to be human”.  This, of course, includes science, but it also includes the non-rational mind of the creative, the social, the psychological, and all of those subjects that the universities include in their “Humanities” subjects like art, literature, history, etc.  (Humanism is soooo much more than pro-science and anti-religion.)  And it also includes all of the efforts included in the National Endowment for the Humanities (NEH).  As such, I subscribe to “Humanities” magazine which is the bi-monthly magazine published by the NEH.

As I was perusing the latest issue, I became aware of the Annual Jefferson Lecture in the Humanities.  This is the highest honor that the Federal Government confers for “distinguished intellectual achievements in the humanities”.  This award has been conferred upon individuals since 1972.  I did some research on this annual award and found a wealth of interesting articles/biographies.

This year, 2014, the award will be presented to Walter Isaacson, author, journalist, and president and CEO of the Aspen Institute.  The award ceremony will be held on Monday, May 12, 2014 at the John F. Kennedy Center in Washington, D.C.

In a number of interviews, on stage, in print, and on television, Martin Scorsese has already told his life story. The beginning sounds like a script in development, like a Scorsese project that hasn’t yet gone into production.  http://www.neh.gov/about/awards/jefferson-lecture/martin-scorsese-biography

At seventy-seven years old, Wendell Berry continues as a great contrary example to the compromises others take in stride. Instead of being at odds with his conscience, he is at odds with his times. Cheerful in dissent, he writes to document and defend what is being lost to the forces of modernization, and to explain how he lives and what he thinks.  http://www.neh.gov/about/awards/jefferson-lecture/wendell-e-berry-biography

“I felt very much that I lived in history,” said Drew Gilpin Faust as she recently described her childhood in an interview for Humanities magazine. A well-known scholar of the antebellum South and the Civil War era and, since 2007, president of Harvard University, Faust had two histories in mind. First was the history of the Civil War.  http://www.neh.gov/about/awards/jefferson-lecture/drew-gilpin-faust-biography

For over fifty years, Jonathan Spence has been studying and writing about China. His books and articles form a body of work notable for groundbreaking research, fine literary quality, and extraordinary public value. If the West understands the culture and history of China better now than it did a half century ago, Jonathan Spence is one of the people to be thanked.  http://www.neh.gov/about/awards/jefferson-lecture/jonathan-spence-biography

Leon Kass was born in 1939, on the twelfth of February, when we celebrate the birthdays of Abraham Lincoln and Charles Darwin. A mere coincidence, of course, but an interesting one. In celebrating Lincoln, which we do this year for the sixteenth president’s bicentennial, we pay homage to human dignity; in celebrating Darwin, which we also do this year for it is also his bicentennial, we pay homage to the progress of scientific knowledge.  http://www.neh.gov/about/awards/jefferson-lecture/leon-kass-biography

His pen rarely at rest, John Updike has been publishing fiction, essays, and poetry since the mid-fifties, when he was a staff writer at the New Yorker, contributing material for the “Talk of the Town” sections. “Of all modern American writers,” writes Adam Gopnik inHumanities magazine, “Updike comes closest to meeting Virginia Woolf’s demand that a writer’s only job is to get himself, or herself, expressed without impediments."  http://www.neh.gov/about/awards/jefferson-lecture/john-updike-biography

For more than forty years, Harvey Mansfield has been writing and teaching about political philosophy. His commentary "demonstrates the virtues that should guide scholars of the humanities," writes Mark Blitz, a former student. Blitz explains those virtues as "patient exploration of the intention of a superior author, attention to other scholars and generosity to trailblazing teachers, brilliance and wit, and an eye toward what can improve us here and now."  http://www.neh.gov/about/awards/jefferson-lecture/harvey-mansfield-biography

"I think every living moment of a human being's life, unless the person is starving or in immediate danger of death in some other way, is controlled by a concern for status," Tom Wolfe has said. As the man in the iconic white suit with a swaggering pen, Wolfe has spent the past fifty years chronicling America's status battles and capturing our cultural zeitgeist.  http://www.neh.gov/about/awards/jefferson-lecture/tom-wolfe-biography

"Throughout the human experience people have read history because they felt that it was a pleasure and that it was in some way instructive," says Donald Kagan. "Without history, we are the prisoners of the accident of where and when we were born." Known to his students as a "one-man university," Kagan has illuminated the history of the ancient Greeks for thousands of students and readers.  http://www.neh.gov/about/awards/jefferson-lecture/donald-kagan-biography

“When you’re in a state of perplexity, sadness, gloom, elation, you look for a poem to match what you are feeling,” says Helen Vendler. She writes that “Poetry is analytic as well as expressive; it distinguishes, reconstructs, and redescribes what it discovers about the inner life. The poet accomplishes the analytic work of poetry chiefly by formal means.”  http://www.neh.gov/about/awards/jefferson-lecture/helen-vendler-biography

He is called the "citizen chronicler" by Librarian of Congress James Billington. His books have led a renaissance of interest in American history--from learning about a flood in Pennsylvania that without warning devastated an entire community to discovering the private achievements and frailties of an uncelebrated president. His biography of Harry Truman won him a Pulitzer, as did his most recent biography of another president, John Adams.  http://www.neh.gov/about/awards/jefferson-lecture/david-mccullough-biography