Is Evolution a Religion? 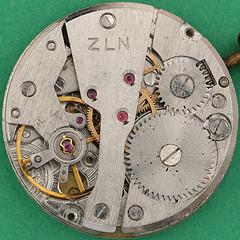 IDists claim that there is an "intelligent design" view and that evolution is "an equal religion". They usually say "Darwinism". Of course, there is no such thing as "Darwinism", this is a word made up by IDists to label those who do not accept their views. Let's consider what characterizes traditional religions and whether evolution is a religion.

The historical record shows numerous distinctions. The Theory of Evolution is not a religion. Evolution has no priests, pastors, ministers, preachers, bishops, ayatollahs, imams, mullahs, prophets (or televangelical profits). No holy books or sacred scriptures. It has no holidays, no feast days, no canonized saints. It depends on no miracles. It gets no tax exemptions. Evolution has no alter boys, no prayers, no church establishments, no edifices with crosses, stars or crescents, no churches or temples, no coming-of-age rituals like Bar Mitzvah or confirmation. Evolution has no banned books, no warnings about heresy or blasphemy, no record of burning witches or heretics, no public displays of piety or prayer, no holy book supposed to contain "All Truth", no creed to be ritually recited. Evolution does not define pagans or infidels. There are no mythological beliefs or transubstantiations.

Evolution has no history of torturing non-believers, has never started a war, never burned an opponent at the stake. The idea of evolution has no record of sex scandals. No record of financial fraud. No record of trying to get a passport stamped for entry into heaven. Evolution offers no condemnations to hell nor promises of an after-life.

Evolution does not support occult beliefs. The scientific theory of evolution has no dependence on a supernatural deity or pixies; no prayer rituals, no burial rituals, no sacraments. There are no invisible beings, gods, deities, devils, demons, ghosts, satans, angels, spirits, cherubim, seraphim, faeries, or a soul. Evolution recognizes no destructions as "acts of God" nor acts of violence as "acts of Satan or an anti-christ."

Evolution does not depend on blind faith; it offers no argument from authority; no conclusion first, facts second. There is no body of "apologetics" from the theory of evolution.

The above are evidences of religion. The idea of evolution, which is based on observation of the natural world as we see it, does not have any of the attributes of religion. Indeed, evolution is the opposite, it welcomes energetic inquiries and thoughtful inputs.

Evolution looks not to miracles to understand the world around us. Evolution, as all science, looks to evidence that we can see and understand and test. Neither evolution nor any scientific construct claims to offer moral or political guidance.

Evolution is consistent with a democratic outlook in which the rights of the people are derived from the people. Evolution is not consistent with the view that the natural world is only revealed by authorities or a view that rights derive from authorities, especially not from authorities anointed under a doctrine of the Divine Right of Kings or one or another "holy scripture". It is the natural world as all can see and understand, and it depends on no revelations, no sacred texts.

The Theory of Evolution, the Theory of Gravity, the Germ Theory of Disease are not religion and not religious. Just because you think something is true does not make it a religion.

The theory of evolution is the antithesis of traditional religions; it champions the free mind, and the spirit of free inquiry to see where facts, observations, and the power of reason as the human mind leads.

And you cannot prove a religion is false. But you could prove evolution was false, and if you did, the theory of evolution would, *ahem* 'evolve' to take your discovery into account.

Only religions believe their truths are unchanging. Science expects change. That's why scientists say, "Theory of __," not "Law of __."

Well, Religions can be shown as False One just needs to read it with an open mind not a closed mind, and would see all the falsehood in it .. Here are just some Only 2 people were Created and here all of us are wow NOT.. The human Race would have Died out a LONG time ago if that was the case that only 2 people started it all... Where is all the water at that flooded the world.. even if all the Ice were to melt still would be NO were near enough water to food the world I think they said if all the ice melted it would only raise the Oceans 20 to 30 feet.... It says God created LIGHT on day ONE and yet he didn't Create the Sun & moon till Day FOUR and than says the two lights are for; One the Sun to govern the day and the moon is to govern the night ... a HINT the Moon is NOT a Light a light source uses something to make Light the Moon only Reflects Light.. To bad the men who wrote/invented Religions didn't have 1} Science & 2} Science...