Global Interfaith and the United Nations 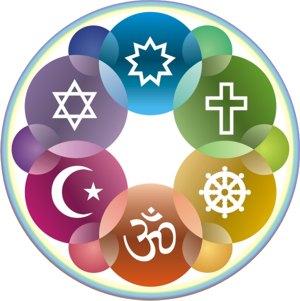 I received this post from the UU-UNO (United Nations Organization) which is affiliated with the UUA.  It brings out an important aspect in that often we have large prejudices with the whole concept of religion.  Often generalizations are made that do not include progressive religions nor even mainstream religions.  This also emphasizes my former blog that Secularism is NOT anti-religion.  Secularism is to rid governments of being influenced by religions.  But it is not designed to remove religion from various cultures.  For instance, the Indians in Mexico have a right to celebrate their heritage and culture including their religious practices.  However, they do not have a right to influence the Mexican government for favorable treatment.  And also, the Mexican government does not have a right to selectively enact laws which are detrimental to their culture.

In the workshop, participants emphasized that, while faith is important, it should not stand in the way of basic human rights. Debra Boudreaux, Executive Vice President of the Buddhist Tzu Chi Foundation, spoke of her dedication to Buddhism, but said her foundation will help any kind of person, not only Buddhists. Kamila Jacob, representing the UU-UNO, told the workshop that her drive for social justice is put into action by her faith.

Ani Zonneveld, President of Muslims for Progressive Values, addressed the conflict that occurs between religion and human rights. She proposes that it is not religion itself that creates tension with human rights, but men’s interpretation of it. Of her own faith, Islam, she said “Sharia law is the interpretation of that divine inspiration [Sharia] by men of patriarchal society.” Zonneveld clarified that Sharia is the spiritual path of Islam. However, Sharia law has been warped by the values of the time (centuries ago) when it was enacted and the cultural issues it conflicts with today.

The UU-UNO affirms the Unitarian Universalist belief that there is inherent worth and dignity in every individual. Humanity is diverse in race, ethnicity, sexual orientation, and religion, and the UU-UNO recognizes and embraces this fact. The UU-UNO wants to foster interfaith dialogue so that no religious groups stand in the way of the rights of individuals. We must be aligned in what is true, what is right, and what is good.

The UU-UNO recognizes that if religious groups are to succeed in protecting human rights, a greater degree of dialogue and cooperation in the future is essential. The workshop cast a look at what such a future might entail. Members attended from a plethora of religious groups – Jewish, Humanist, Catholic, Atheist, and a variety of others. The UU-UNO is hopeful that interfaith dialogue will continue as we need unity to secure fundamental rights around the world, rather than the division that has plagued religious dialogue in the past.

I agree with this statement, "if religious groups are to succeed in protecting human rights, a greater degree of dialogue and cooperation in the future is essential". But will religions ever agree on what human rights are? Women's rights and LGBTQ rights, in particular? I will remain hopeful and doubtful.