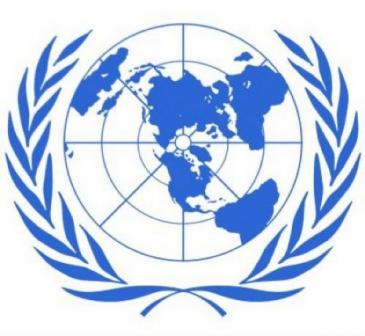 The greatest good done on this planet is not done by a god, but is done by humans.  And the greatest collective good is done not by the politics of empires, but rather the collective work of Non Government Organizations (NGOs).  Although NGOs by their name are common and popular in other countries, the term is seldom used in the United States.  In the US, we tend to think in terms of non-profit organizations as NGOs, but there is a distinction.  NGOs have in their mission statement the objective of bettering society so not all non-profits are NGOs.  Although NGOs are usually to be considered international in scope, that is not always the case.

NGOs are well known in the US even if their classification isn’t.  We are all familiar with Boy/Girl Scouts, Rotary International, YMCA/YWCA, etc.  These are all organizations which are prevalent in the US as well as throughout the world.  And many of us are familiar with NGOs that we read about in the papers (or on-line) such as Amnesty International, Doctors Without Borders, etc.  And often when there is a humanitarian crisis, we may hear about Oxfam and other disaster relief NGOs.

As humanitarian agencies, NGOs are usually associated with assisting in the development of Least Developed Countries, but there is a trend now to realize that not only are poverty and the effects and sources of poverty being tied to humanitarian aid efforts, but also the issues of Sustainability in all countries including the Most Developed Countries.  Just as poverty cannot be addressed by any one organization or country, neither can the problems of Sustainability be addressed by any country or organization.  NGOs are grass roots effort to address the problems of society  globally.

Here in the United States, we tend to think of the United Nations in terms of its work in the political sector with the General Assembly and the Security Council.  However the UN also does a great deal in the civil sector as well as the business sector.  The civil sector is handled through the UN Agencies such as United Nations Educational, Scientific and Cultural (UNESCO), United Nations Children’s Fund (UNICEF), World Health Organization (WHO) etc.  These agencies are very limited in budget and manpower and so work in collaboration with NGOs worldwide in order to work on improving society.

In order for an NGO to work with the United Nations, they have to go through a certification process.  Once certified, they then can apply for consultative status.  This consultative status allows the NGO to consult with the various UN ambassadors either in written format or sometimes through a presentation to the delegates.  These NGOs with consultative status form a coalition that is administered by CONGO – the Congress of NGOs.  This allows the collaborative work of the many NGOs with the UN Agencies in working together on the various projects, missions, and disaster relief needs which are addressed.  When the Southeast Asian Tsunami occurred between Christmas and New Years in 2004, although the UN was given credit for the tremendous relief efforts, it actually consisted of the collaborative efforts of over 150 NGOs.

From the web page of the UU-UNO, “The Unitarian Universalist United Nations Office (UU-UNO) is engaged in international advocacy work at the United Nations (UN) based on Unitarian Universalist values.”  Their mission includes to engage in the work of the UN to advance a peaceful, just, sustainable, and pluralistic world community that promotes human rights.  The UU-UNO is the humanitarian arm of the UUA.  (For tax and legal purposes, the UU-UNO must be a completely separate legal entity from the UUA.)

The UU-UNO organization is actively involved in the following programs:

Every Child is Our Child:  focusing on children made vulnerable by HIV/AIDS and working toward achieving the Millennium Development Goals of universal primary education, fighting HIV/AIDS, reducing hunger and poverty, and promoting gender equality.

A global initiative for lesbian, gay, bisexual and transgender/ sexual orientation and gender identity (LGBT/SOGI) Human Rights focusing on promoting UU values of equality for all people at the UN.

Women:  Security and Peacebuilding promotes awareness and action through education and advocacy in women's global security and their role in peacebuilding and peace-keeping efforts, and the ratification of Committee on the Elimination of Discrimination Against Women (CEDAW) (U.S.) and international implementation.

Climate Change Initiative - building the Unitarian Universalist (UU) climate change movement through education and advocacy and to collaborate with other climate change voices at the United Nations in order to promote a world with mitigated climate change that will be viable for us and for future generations.

With the UU-UNO being a humanitarian arm of the UUA, and with Humanism being defined as developing all that it means to be human in all humans, I feel that it would be a good idea for the UU Humanism to be an integral part of the UU-UNO.