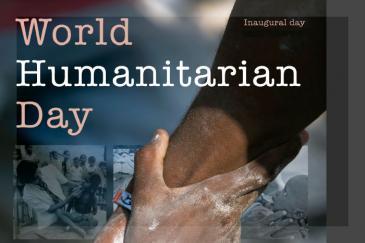 First, a definition of Non Governmental Organizations (NGOs) from the NGO.org site:  “A non-governmental organization (NGO) is any non-profit, voluntary citizens' group which is organized on a local, national or international level. Task-oriented and driven by people with a common interest, NGOs perform a variety of service and humanitarian functions, bring citizen concerns to Governments, advocate and monitor policies and encourage political participation through provision of information. Some are organized around specific issues, such as human rights, environment or health. They provide analysis and expertise, serve as early warning mechanisms and help monitor and implement international agreements. Their relationship with offices and agencies of the United Nations system differs depending on their goals, their venue and the mandate of a particular institution.”

Here in the US, we seldom use the term NGO unless we are referring to the work of international NGOs in foreign countries.  We typically use the term non-profits but there is a difference.  NGOs, in their Mission or Charter are specifically designed to improve and better society.  So while a symphony would be considered a non-profit, it would not be an NGO.

Many people recognize many of the large NGOs such as Amnesty Internation, Girl Scouts/Girl Clubs, International Red Cross/Red Crescent, etc.  Oxfam is one of the world’s largest NGOs providing relief aid especially in times of disasters such as earthquakes and floods.  Their American center is here in Boston.  NGOs may also consist of organizations that do not deal with people in society directly but may be think tanks or Foundations providing resources to active NGOs.

But even the large NGOs started out as small, grassroots organizations on a local basis.  Often the NGOs start out filling a need in society that they find lacking in government actions.  Because they are non-governmental, they can often perform services in foreign countries where government graft or corruption or ineptitude would not be able to provide it.  However, often NGOs will work in cooperation with governments and will often try to obtain government assistance in order to increase their effectiveness.

NGOs are responsible for the tremendous progress in the UN’s Millennium Development Goals from the year 2000 to 2015.  Many of these eight goals have already been met, and those which are not met have seen a great deal of progress.  There are over 25,000 NGOs and many of them are aligned with these eight goals of eradicating poverty and the problems associated with the Least Developed Countries (LDCs).  For example, the number of people existing in extreme poverty – less than $1.25 a day – has been more than cut in half since 1990.

I would like to relate a story about one of the greatest successes in our lifetime and the role of one NGO starting at the grassroots level:  The Polio Plus program.  Back in 1985, Rotary International (RI), an NGO with districts and clubs in almost every country, decided to eradicate polio throughout the world.  (Rotary started out as a small group of business professionals meeting together in 1905.)  Because they had clubs in almost every country, each club was responsible for administering the oral vaccines in their area.  Almost every club would have one or more health professionals who would oversee the local programs.  These programs were all local so that it was NOT a matter of “The West Knows Best” with medical troops storming in from the US or other industrialized countries.  Each was a grass roots program in their local area.

In a short amount of time, this program began to spread and became very successful.  So successful that the UN’s World Health Organization (WHO) noticed it.  WHO asked Rotary to collaborate and expand the program to include not only polio, but oral vaccines for another five major childhood diseases:  measles, tuberculosis, diphtheria, whooping cough, and tetanus.  At this time, the name of the program became the Polio Plus program.  Soon the program also included other partnerships which worked together to provide new equipment for storing and transporting vaccines, laboratories and health clinics were formed to deal not only with the administration of these vaccines but also to track other health problems, etc.  This became then the Global Polio Eradication Initiative.

This program has become so successful that polio is now considered 99% fully eradicated with only four countries reporting cases of polio.  This all began with the idea from one grassroots organization, Rotary, and then the collaborative and cooperative efforts of the WHO and many other grassroots partners, as well as many cooperating governments.  This program was also instrumental to attaining the MDG Goal number 6:  Combat HIV/AIDS, malaria, and other diseases.

Although NGOs are not governmental, that does not mean they are always anti-government.  They are often able to work with the governments in identifying and addressing specific local needs and assisting the cooperating governments in the administration of these “make society better” programs.

As Humanists, we should pay attention to these humanitarian success stories and even their failures so that we can learn lessons as to how one can think globally but act locally for the most effective spreading of our Humanistic values.

As a note, I should add that often anti-theists object to NGOs because many of them may be religiously based.  That may be true, but then they are considered religious organizations are not NGOs as true NGOs are only for the betterment of society and not the conversions of the people in a society.  Many of the NGOs who are religiously based, like the Quakers, Catholics, etc. are involved only in helping society.  It is much like it is here in the States with our Baptist hospitals, or Catholic hospitals, or YMCAs, or Jewish Community Centers or even Muslim Community Center (like the one that caused such a stir near the Twin Towers site in NYC).  These are for the betterment of society and not to propagate a particular belief.  (However, one does need to be aware that sometimes the religious influence is prevalent and should be brought out in the open as a matter of transparency. )

Any political movement, or economic movement, or social movement trying to right the wrongs in our present society must take into effect the workings of the civil sector as well as the government sector (and also the business sector) or it is shortchanging itself.  The power and effectiveness of these 25,000 grassroots organizations are a force to be reckoned with when trying to change society and/or to administer humanitarian aid.