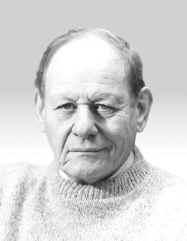 I started subscribing to Skeptical Inquirer 30 years ago, and I always enjoyed their debunking of things paranormal, alien abductions, UFOs, dowsing, homeopathy, etc.  This was especially needed in the middle 1980s/90s when "psychics" were everywhere, and it was difficult to avoid being abducted.

But Kurtz was reluctant to make the obvious connection to religious mythologies; he seemed to think that religious beliefs were to be exempted from criticism (although he allowed critiques of the Turin shroud, crying statues, and weird appearances of the 'virgin Mary').

I got a hand-written note from him once--which took me two days and some handwriting help to decipher it--but he criticized my stance on separation of C&S as being "too forceful". I met him only once, in Buffalo in his office (maybe in 2001?); it was clear that he was not the least interested in secular humanists, non-believers, or the social situations of atheists. [I recall that his first question to me was, "Did you ever study philosophy?"  Actually I did do a course on Plato, have read Bertrand Russell, but I have an evidence-based perspective from physics.  Metaphysics seemed a lot like Christian apologetics.]

I did not always agree with Paul, but I know that his significant voice is going to be missed.  His legacy of skepticism is one solid rock in the foundation of the Secular Coalition and for the present generation of skeptical, secular students.