Celebrating the 50th Anniversary of a Landmark Prayer Case 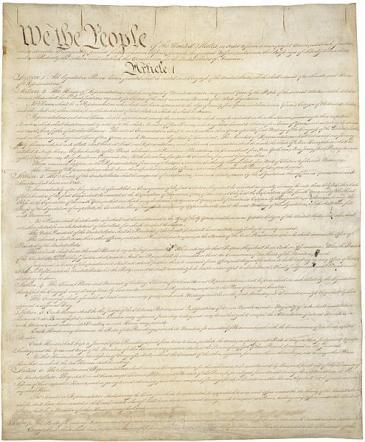 [This post was also published by the FFRF News. Ellery is a lifetime member of the Freedom From Religion Foundation. The FFRF, based in Madison, Wis., a 501(c)(3) nonprofit educational charity, is the nation's largest association of freethinkers (atheists, agnostics), and has been working since 1978 to keep religion and government separate.]

Today is the 50th anniversary of the Engel decision.

I write in remembrance and appreciation.

Engel v. Vitale was decided 7-1 on June 25, 1962, in a truly landmark Supreme Court case, regarding prayer in public schools. The Engel decision was seminal to maintaining the "wall" of separation of church and state (as Roger Williams and Thomas Jefferson later described the principle).

Before Engel, the Court had decided differently as to how much various governments could "accommodate" to prevailing religious sentiments, in the Everson (1947) and Zorach (1952) cases, and ducked the school prayer issue in Doremus (1952), conflicting with the McCollum case of 1948 as to how high the wall should be. The Engel case came down squarely on maintaining a high wall. The decision was written by Hugo Black for the majority, concurred with by Douglas; the only dissent was from Potter Stewart. The decision went against the amicus arguments submitted by 22 state attorneys general and particularly against the attorney for the Archdiocese of New York.

This 50th anniversary is to celebrate the real people, who made this history, and did so on behalf of their children. I honor Steven Engel, Lawrence Roth, Daniel Lichtenstein, Monroe Lerner, Lenore Lyons. (Engel and Lichtenstein were members of Jewish Congregations; Lerner was a member of the Society for Ethical Culture; Lyons was a member of a Unitarian Church; Roths were nonbelievers.) And I honor the vital role that the New York ACLU played in this case and later ones, in support of First Amendment principles. And the attorneys who argued so eloquently and persuasively. (It has always seemed to me that successful Supreme Court cases should properly be known by the names of the attorneys, not the litigants.)

The Engel case was decided one year earlier than the Abington v. Schempp and Murray v. Curlett cases. I remember it well. I had just graduated from Tufts and was off to adventures in Greenland that summer. But my immediate reaction was that Engel paved the way, and we could not now lose Abington.

My family had no direct connection to the Engel/Roth families.

There is an odd coincidence. Engel described how they moved to a community called Roslyn, N.Y. The Schempp family lived in Roslyn, a part of Abington Township, in Pennsylvania. We often got mail for Roslyn, N.Y., and I learned that Engel often got mail for us, especially after the Abington/Murray decision in 1963. Steve had hoped that the 1962 decision would be the end of it, but the 1963 decision re-opened the nasty letters.

All the primary people are now gone. Steve Engel died in 2008. In 2005, I met him in his apartment on Long Island, and we had a lovely conversation. His interests were far ranging, but he acknowledged that separation of church and state issues were no longer central for him. He was sad that his friend Larry Roth had died He recalled the hatred he faced during the court case, the swastikas scrawled in wet concrete in front of his house, the threats against his son (7 yrs old; the Roth kids were 10 through 13) and the social ostracism the kids faced in school. He was worried about whether his grandchildren would be "tainted."

One thing to keep in mind. In 1959, leading up to 1962, there was no support for these families from organizations such as American Humanists, AU, FFRF, etc., — some (such as FFRF) did not exist then. It is important to realize how isolated secularists were in 1962, and also in the shadow of the McCarthy era ("under god" being added in 1954).

The ACLU was vital.

I think there are important things to incorporate from the Engel decision. Some memorable quotes:

"We think that, by using its public school system to encourage recitation of the Regents' prayer, the State of New York has adopted a practice wholly inconsistent with the Establishment Clause. There can, of course, be no doubt that New York's program of daily classroom invocation of God's blessings as prescribed in the Regents' prayer is a religious activity. It is a solemn avowal of divine faith and supplication for the blessings of the Almighty. The nature of such a prayer has always been religious, none of the respondents has denied this, and the trial court expressly so found."

"When the power, prestige and financial support of government is placed behind anparticular religious belief, the indirect coercive pressure upon religious minorities to conform to the prevailing officially approved religion is plain. But the purposes underlying the Establishment Clause go much further than that. Its first and most immediate purpose rested on the belief that a union of government and religion tends to destroy government and to degrade religion."

"We think that the constitutional prohibition against laws respecting an establishment of religion must at least mean that, in this country, it is no part of the business of government to compose official prayers for any group of the American people to recite as a part of a religious program carried on by government."

I celebrate the Engel decision on this 50th anniversary. Honors go to the Engel, Roth, Lichtenstein, Lerner, and Lyons families. And to the ACLU.