Humanism and Human Rights and the US 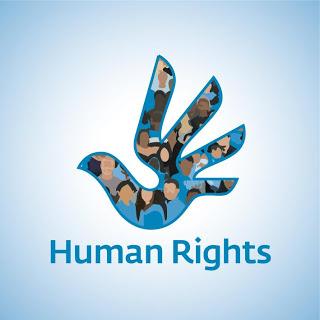 UN Report on Human Rights Concerns in US

The US media does a poor job of describing the viewpoints of the rest of the world pertaining to the United States.  This is true regarding sex in politics, economics, and Human Rights among many others.  I saw this article in the Guardian, from London, a few days ago entitled “US Human Rights Record Chastised in UN Report”.  The article describes a UN report by the UN’s Human Rights Commission which included members from many countries – many who are friends and allies of the US.  The report was an assessment of how the US complies with the International Covenant on Civil and Political Rights (ICCPR) and was chaired by a British Law Professor.  The main concerns were dealing with torture, drone strikes, the failure to close Guantanamo Bay, and the NSA’s bulk collection of person data (both domestically and internationally).

The report’s concerns with torture was that the US had failed to prosecute high level personnel in the use of torture (both in Guantanamo Bay and also in Iraq) and only a “meagre number” of low level personnel.  The US was urged to "ensure that all cases of unlawful killing, torture or other ill-treatment, unlawful detention, or enforced disappearance are effectively, independently and impartially investigated, that perpetrators, including, in particular, persons in command positions, are prosecuted and sanctioned".

The concern with the NSA was that the supposed legal oversight had largely been kept secret and failed to protect the rights of those affected.  The UN committee urged the US to overhaul its surveillance activities to ensure that they complied with US law and also conformed to US obligations under the ICCPR.

The committee also gave a “scathing” [this term was used by the Guardian] report about Washington’s “legal justification” for targeted killings by the use of drones.  The committee criticized the US’ justifications as being too broad and said it was unclear what precautionary measures were being taken to avoid civilian deaths.  The committee said that the US needed to review its policies and see that they should be subject to independent oversight.

The report also criticized the US for failure to fulfill a commitment to close Guantanamo Bay.  It noted that many detainees “have been held there, and in military prisons in Afghanistan, for more than a decade without charge or trial. It called on the US to speed up the transfer of detainees and ensure that any criminal cases are dealt with by the US justice system rather than a military commission.”

“The committee also expressed alarm about the continued use of the death penalty in 16 states, the "still high number" of fatal shootings by certain police forces, notably in Chicago, and the high proportion of black people in the country's jails.”  Not mentioned in the article was that the US is the only country which will sentence a youth offender to life in prison.

Whether we agree with these finding or not, these are Human Rights issues here in the United States that we as Humanists should be prepared to explore and arrive at our own convictions as to what should be done.

UN Universal Declaration of Human Rights and the US

What this article did not cover was the position of the Unites States with respect to the UN’s Universal Declaration of Human Rights.  Although much was made when Eleanor Roosevelt put together these Rights, the United States has still not ratified all of them.  Because of political issues at the time, namely the Cold War, both Russia and the US would not sign the list.  So for political expediency, the list was divided into two Covenants – the Covenant for Civil and Political Rights and the Covenant for Economic, Social, and Cultural Rights.  The US has signed the Covenant for Civil and Political Rights and that was finally ratified in 1992 with five reservations, five understandings, and four declarations.  (Wikipedia entry)  This Covenant is what the above report was referencing because the US is held to its principles in international matters.  (Although the US ratified it for international dealings, it expressly kept it from being a part of our domestic law which is very unusual.)

But the US has failed to pass the Covenant for Economic, Social, and Cultural Rights even though the USSR/Russia has signed it.

I have a problem with our media in that I need to go to media outside the US to find out about these things.  I have been looking at NPR.org CNN.com and others and haven’t seen anything about this report.  The US media seldom reports on anything on the United Nations except as it may pertain to the General Assembly, the Security Council, or the peacekeeping efforts of the UN in areas of armed conflict.  The provincialism of the US media keeps me from knowing how the rest of the world views the US in aspects of Human Rights, Sustainability, international economics, international affairs, etc.