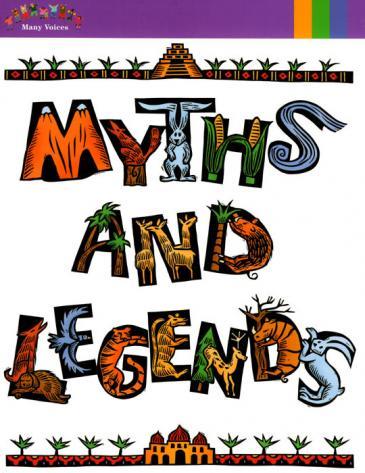 Back in 2010, Newsweek magazine had an article about Harvard University and religion courses.  It seems that there are certain professors who believe that for a person to be “well-educated”, they should understand how religions play such an important role in many societies.  However there are others who feel that religion should not be taught on the same level as science and other courses of higher learning.

I found it interesting that they didn’t discuss the approach that seemed to be the most logical to me:  teach it like they used to teach (and hopefully still do) Greek and Roman mythology when people studied to receive “The Classical Education”.  It used to be that education included the Classics of Latin as a language, and Greek and Roman Mythology.  This provided a basis for studying the Classic Literature.  One cannot understand (to say nothing about appreciate) John Milton’s Paradise Lost without a good grounding in “the Classics”.  So why not present today’s religions in a secular university like Harvard, the same way that Edith Hamilton presented the Greek and Roman myths?

I had a friend recently tell me that he was showing the movie "Elmer Gantry" to a group of Japanese young women engaged in an immersion program.  He stopped the film and asked if they understood what was going on in the movie and they confessed they did not.  He then found out that they did not understand the concepts of heaven and hell nor of a preacher.  When he asked them what religion they were, they didn’t know how to answer him.  Finally one student said she guessed she was Buddhist.  The teacher realized then that these students should be taught religion if they are going to understand what goes on in our society.

The various religions are better understood as stories rather than conflicting facts and we can (and should) understand not only Christianity but also other religions that are a major part of other societies.  Perhaps more of us should not only understand Christians and Jews through their myths, but also Muslims.

What is the definition of a myth?  A Google search comes up with this as the prime definition:  “a traditional story, esp. one concerning the early history of a people or explaining some natural or social phenomenon, and typically involving supernatural beings or events.”  This definition seems to fit the myths of ancient Greece, Rome, Nordic lands, Hindu, Christian, and Muslim.

In the article it mentions that Steven Pinker was against including a course on “Reason and Faith” as a core requirement.  His argument was that the goal should be to pursue “truth through rational inquiry, and … religion has no place for that.”  While I love Pinker’s books on how the mind works, I realize that Pinker is a scientist.  But the universities used to separate “science and the Humanities” for a reason.  They are different.  They involve different parts of the mind.  While science deals with what is true and not true, the intuitive part of the mind deals with truth – which is not dependent on a binary distinction of true or not true.  And so religion should be understood through the Humanities such as literature, history, art, poetry, etc.   And as Humanists, we should understand these stories in order to understand other people (humans) among us.  So Pinker is right to say that religion should not be taught as science, but wrong to say that it shouldn’t be taught as a part of the Humanities.