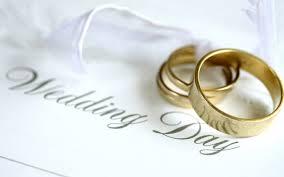 A few years ago I had decided that I would like to apply to The Humanist Society, part of the American Humanist Association (AHA), to become a celebrant.  Celebrants officiate at public events that usher the participants from one role in society to another.  The most common of these are weddings and funerals, but may also include new-borns, or coming of age milestones or thresholds.  A Humanist Celebrant will officiate at these celebrations in a way that the participants’ humanity is celebrated without resorting to supernatural references.

At the time I began to fill out the forms, I was involved with a Humanism group that was quite a distance and also one that I didn’t feel all that comfortable with philosophically as, to me, they seemed to define Humanism narrowly as only pro-science and/or anti-religion.  As a result, I felt I should wait until I was more established in another group before applying.  So the unfinished form sat in my files for a few years.

Now that I have become established with the Concord Area Humanists, I took out the form and finished preparing it.  But in my further research at this later time, I realized that The Humanist Institute (which provides training for the Humanist Society) now has several on-line courses. They provide the following free courses on-line:  1) “Humanist Activism and Organization”; 2) “Science and Humanism”; 3) “Psychology and Humanism”; 4) “Law and Politics”; 5) “Religion and Spirituality”; 6) “Ethics”; and 7) “Philosophy and the Humanist Connection”.  These were grouped as “Individual Learning” courses.  In the past month they have also included “A Primer on Humanism and/in Hip Hop” in a separate category called “Contemporary Topics”.  They also had a separate category with one course:  “Humanist Celebrations:  Weddings”

In order to show my sincerity in becoming a Humanist Celebrant, I thought it would be a good idea to take these on-line courses.    Each of the 7 courses in the “Individual Learning” group was free and included an essay and a series of questions.  The “Humanist Celebrations:  Weddings” however required a $70 fee and consisted of an entire on-line equivalent of a manual followed by a quiz.

I paid the fee, downloaded the entire course and then printed it out.  (I still read from copies for longer works.)  The objective was stated in the first paragraph as “A Celebrant who intends to be helpful to a couple and their families and community as they prepare for this event, and to conduct a meaningful, personal, dignified and joyful ceremony, should be able to offer three things:  a non-anxious presence, a set of useful resources, and a theoretical understanding for the processes and the roles.”

The course explains how a wedding is a public event that changes the participants’ identities from two single people, to one married couple, identifies this new role within society, and how their relationship changes to accept their responsibilities as well as the privileges that marriage offers them.  The role of the Celebrant is to help the participants fulfill their responsibilities to society and also to understand their new roles.  The Celebrant does this in the presence of their families and friends usually after a few meetings with the participants prior to the wedding.

Because weddings are public pronouncements of a social contract in the presence of two or more witnesses, there are two parts of the ceremony which are required:  Vows and Consent.  The Celebrant will work with the couple so that they understand that vows are their promises to each other and the consent is the acceptance of the social responsibilities and benefits bestowed upon them by society.  In religious weddings, the Celebrant will not only represent society but will also be an intermediary between the couple and the supernatural.  The Humanist Celebrant allows these marriages to be performed in a secular manner without regard to one’s supernatural beliefs.

The Celebrant, before performing the wedding, needs to make sure that the couple obtains a valid marriage license.  Because the course is very general, it assumes that some of the weddings will be with Same Sex Marriages (SSM), but the course didn’t go into the specifics by State.  Especially SSMs require the Celebrant to be aware of the State requirements regarding residency, differences between Civil Unions and Marriages, and other technicalities as a result of the changes in wedding laws that have been made recently.

Although the Celebrant does not need to be a full-fledged counselor regarding the couple’s relationship, they should be prepared to help the couple with the logistics of the wedding and also be prepared to offer them resources for counseling if the couple should desire it.  The Celebrant should be prepared to meet with the couple at least twice before the rehearsal.  The first meeting would be to form a working and friendly relationship with the couple and to make sure that the couple has communicated the necessary details concerning the rehearsal, the ceremony, etc.  At this first meeting, the Celebrant should give the couple one or more copies of possible sample wedding ceremonies.  The couple may then, at a later time, go over these together to see which one might be used as a model and what changes or additions they would like to see.  These decisions would then be communicated to the Celebrant at the second meeting.

At the first meeting, the Celebrant should also be prepared to assist the couple in asking the right questions of what they would like to have included in their vows and in their consents.  The actual verbiage wouldn’t be discussed at this first meeting, but the couple would be primed with questions for them to ask between themselves in preparing for the second meeting.  These questions might include having each of the couples writing down why they are getting married, what they want to offer each other, and what they will do to see that their marriage is a successful marriage.

The second meeting would then occur with the couple prepared to discuss the actual logistics of the ceremony and also discussing the contents of their vows and consents.  The details of the rehearsal would be laid out as well as the details of the ceremony.  The Celebrant would walk through the actual ceremony with the couple to make sure that everything is understood and clear.  Also, at the second meeting, if there are any peculiar challenges which need to be addressed, this is where that would happen.  Challenges might include 1) a sense of hesitancy in one or both of the partners; 2) distance between the couple and the Celebrant necessitating a lack of personal meetings; and 3) Inability for the couple to obtain a legal marriage license.

At the rehearsal, the Celebrant should be prepared to direct the actions of everyone including the timing of these actions.  The Celebrant would be like the Stage Director at a play rehearsal blocking and telling the wedding participants from where and when they enter, where they should stand, what to be prepared to do (like passing the rings, etc.), and when and how to exit.  Also the rehearsal is usually a good time for the couple to deliver the agreed upon fee to the Celebrant.  The issue of the Celebrant attending the reception following the ceremony should also be specifically addressed by this time.  Plans for the couple to meet immediately after the ceremony to sign the License are also made.  Good and bad photo opportunities are also discussed at the rehearsal.

The course then lists several resources which are available on-line such as Sample Wedding Ceremony Elements; Humanist Society Resources for Humanist Celebrants; and Wedding Readings:  Centuries of Writing and Rituals on Love and Marriage.  When I was given my telephone interview to become a Celebrant, I suggested another resource would be a special social network group of Celebrants to discuss questions or ask for resources from others in the community of Humanist Celebrants.

As I understand it, this course for Weddings is the first of a series that will be presented.  There will be more to follow for funerals (or “celebrations of lives”) and other occasions.  I felt that this course was well organized, and contained information at a level-of-detail that was helpful to me in understanding the process and carrying out the function of a Wedding Celebrant should the occasion arise in the future.

[1/4/14: Thanks to Kristin Wintermute of The Humanist Institute for a few corrections. The post has been updated.]